There has been much debate about the arrows used by the archers depicted in the Luttrell Psalter, and this set was in response to a request for them.

After a bit of research I found that Hector Cole made a version of these, from horn, with a spike. These arrows in the Psalter were being shot at the butts, and the theory was that the blunt head would stop them from penetrating to a distance which may be unretrievable. The theory that Hector has suggested is that these blunts had a spike, which could be used for hunting small game in the forests - a typical hunting head (such as the Chippenham type ones from the same set as this) would have been a danger to the lord's venison, so they were outlawed for all but the nobility, but a spiked blunt would be effective at killing or stunning a bird, without spoiling the meat.

Once we put these together, we knew that the light weight of the points would mean that they would not perform particularly well, especially not over the shorter distances shot at the butts, and over which most archers could hunt birds, so we decided to improvise with some additional weight at the front of the arrow. The client decided that these would be the arrows of someone with some resource, so decided that the practicalities of shooting would be placed ahead of evidenced historical record! Hence the wire binding behind the blunt.

Since making these, we've been quite taken with the alternative suggestion that the arrows depicted were normal arrows, with bodkin points, over which a wooden sheath or 'blunt cap' was placed over the point of the arrow (theory suggested in Mike Loades 'The Longbow').

This makes sense in every way, so if there are any wood turners out there who fancy making us up a batch, we'd love to test the theory out, and hopefully stock them! 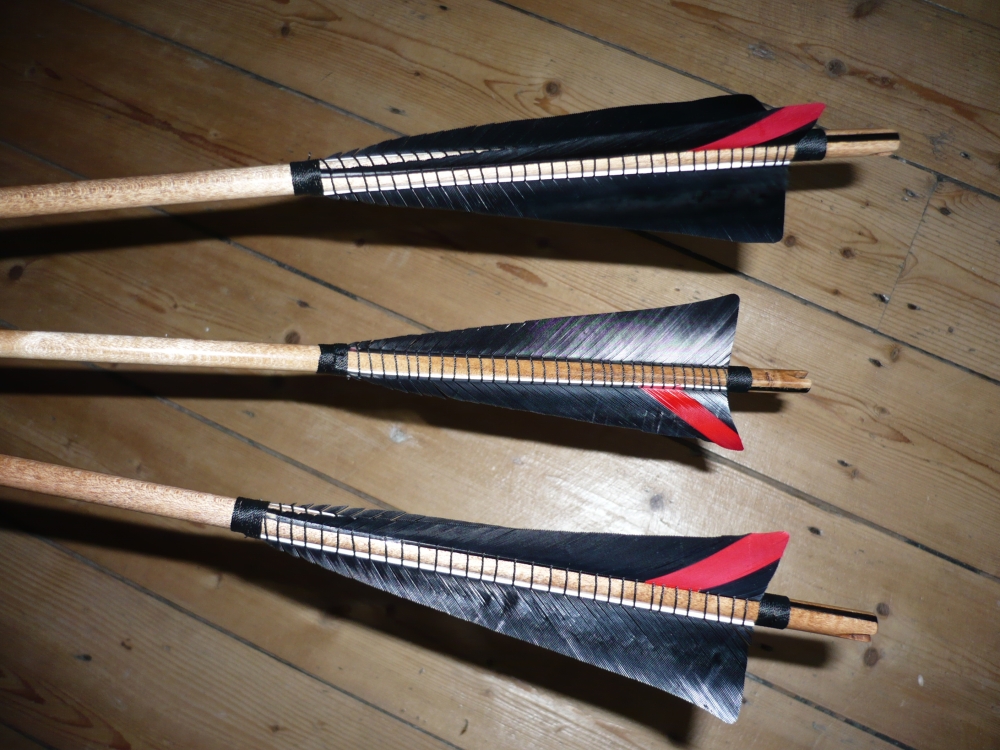