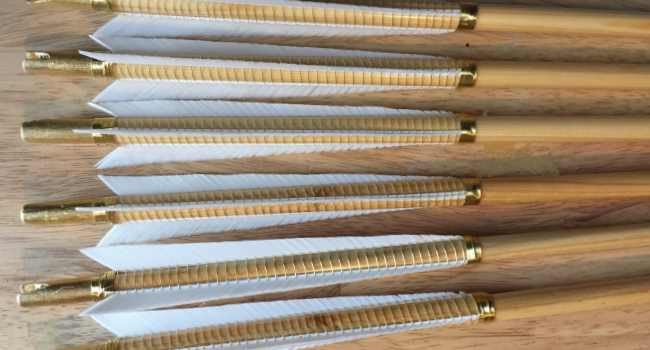 This was one of the more esoteric arrow making commissions we've undertaken!

It began with an enquiry from an artist who had found a stick in a disused Norwegian barn, which bore the name of a controversial politician and some writing. No more was known about it at the time, but the artist wanted to turn the wood into some arrows. After a bit of research, we found that the piece of wood had featured on a youtube video by some farmers, in a protest song!

We received the wood and, after a bit of prodding and poking, managed to get three workable sections out of it, which were hand-planed then sanded to size to make 3 half-inch shafts, which were then supplemented by another three shafts in pine which had a similar colouring to them (these three shafts were deemed shootable if required, the shafts from the original wood were not, unfortunately!).

As the politician in question was known for her luxurious lifestyle, the decision was taken to gild and bind the fletching area in gold (not real gold leaf!), and have brass points fitted.

The original artwork can be found on the artist's website. 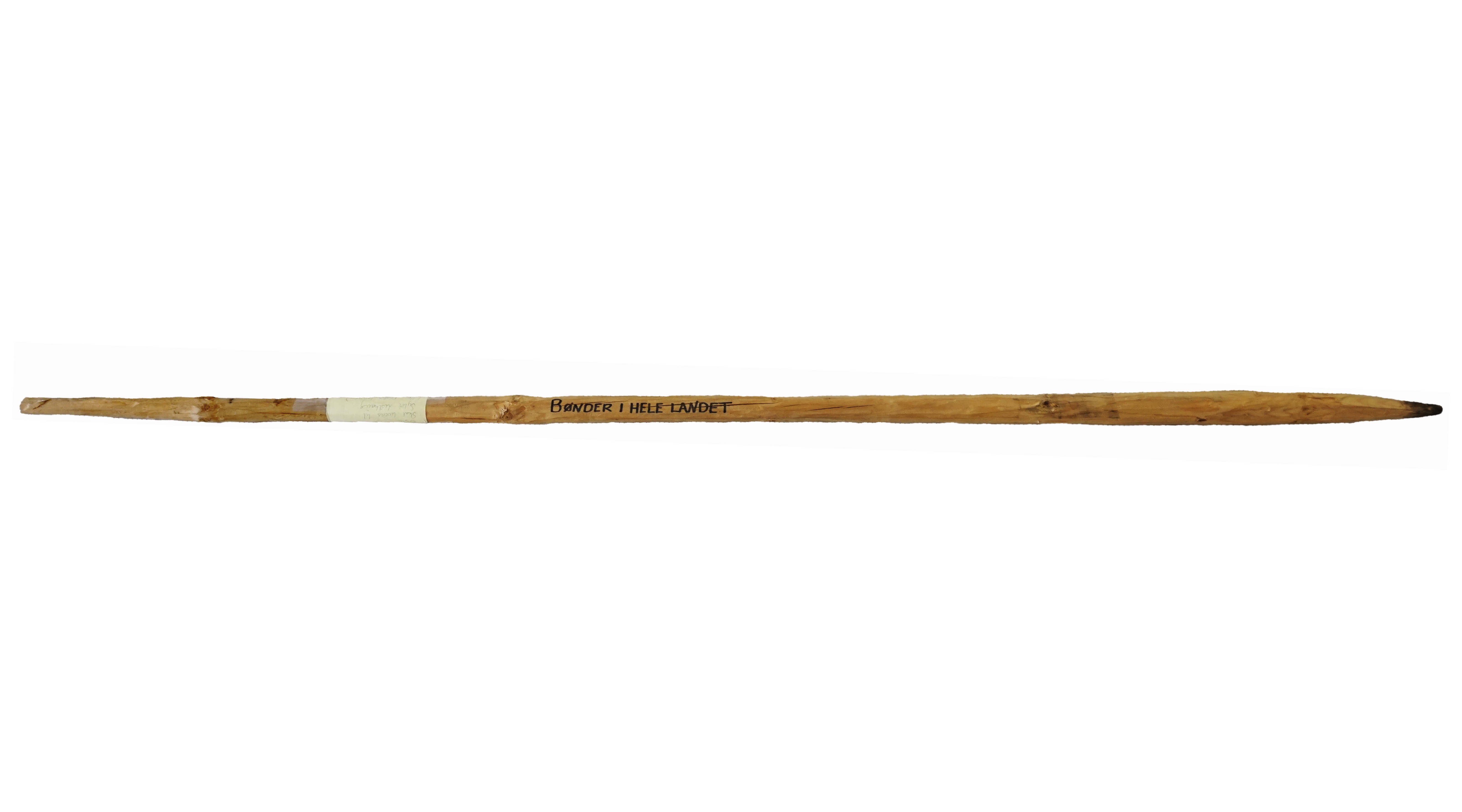 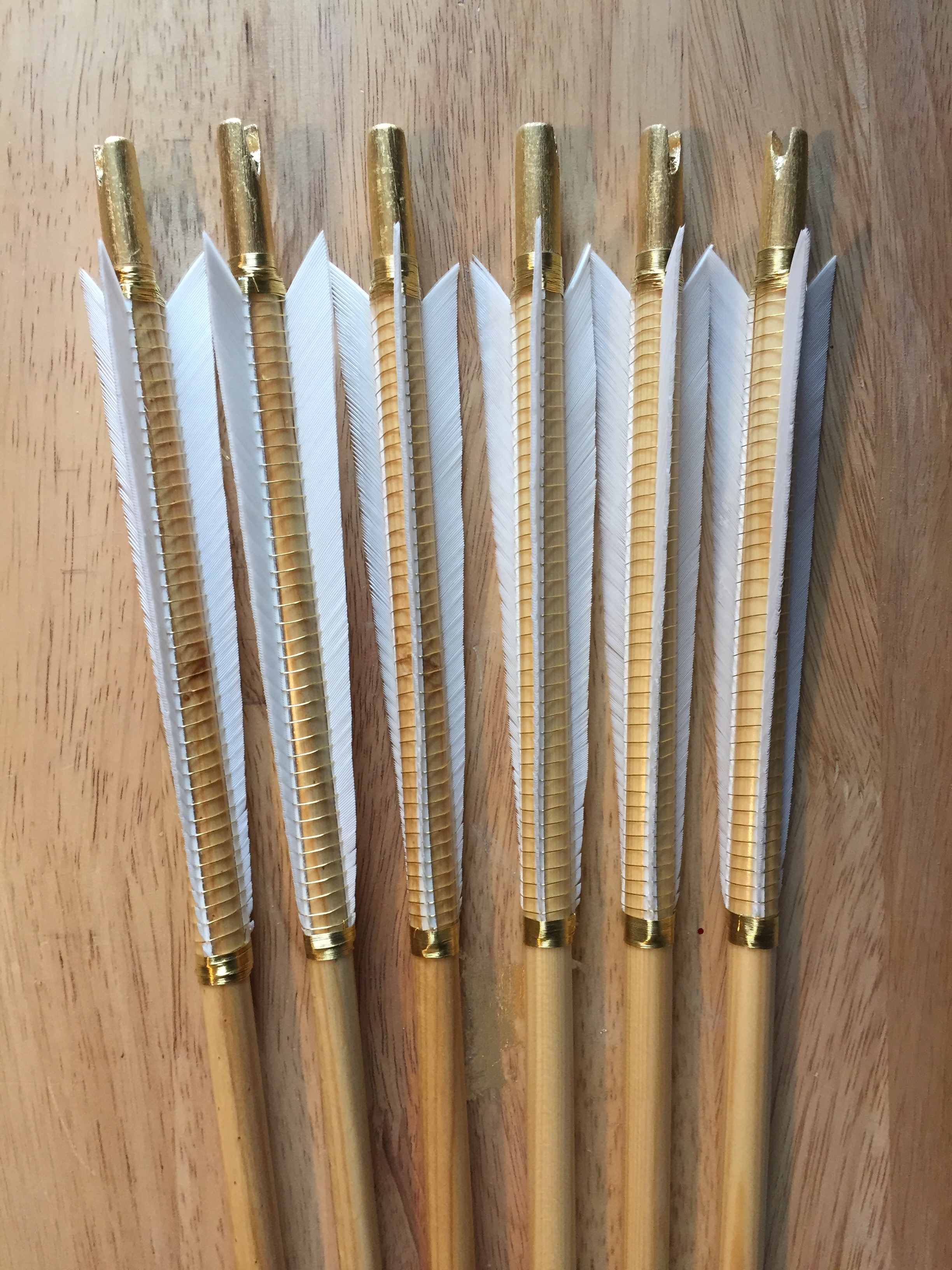 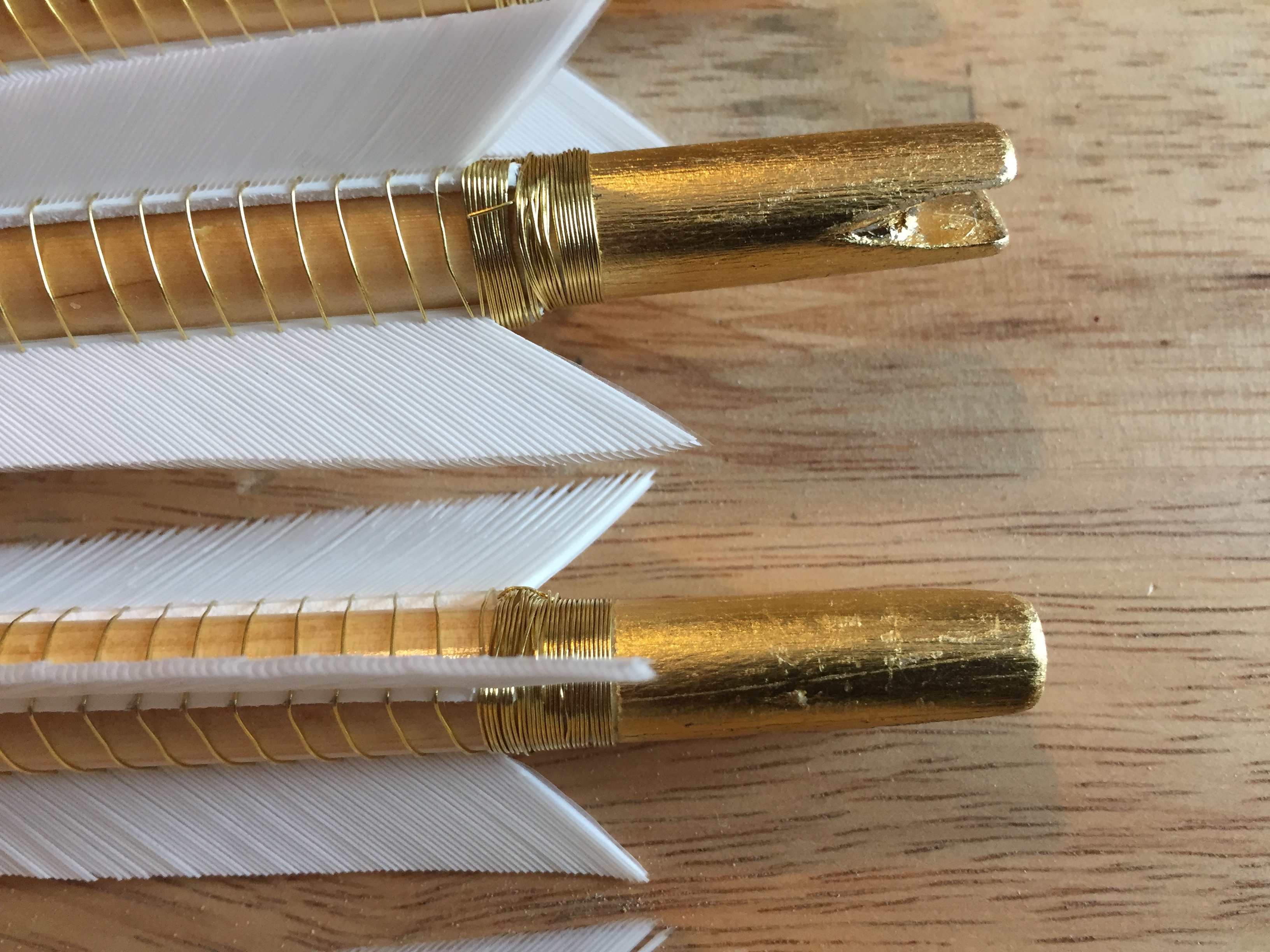 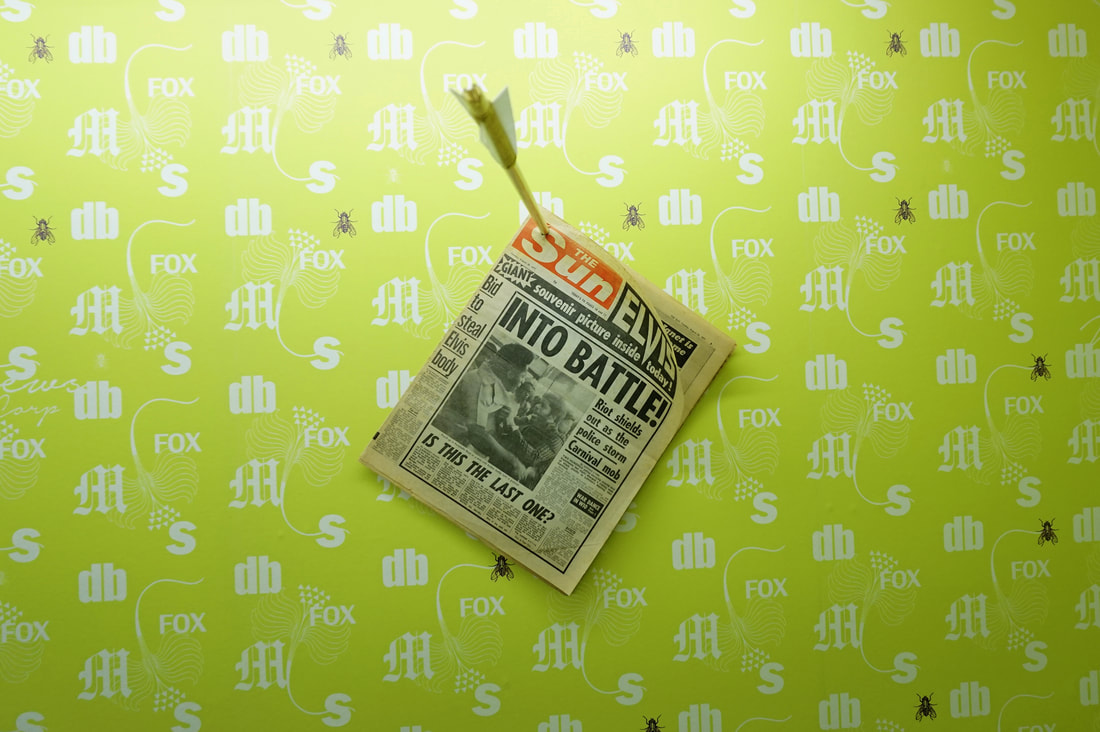 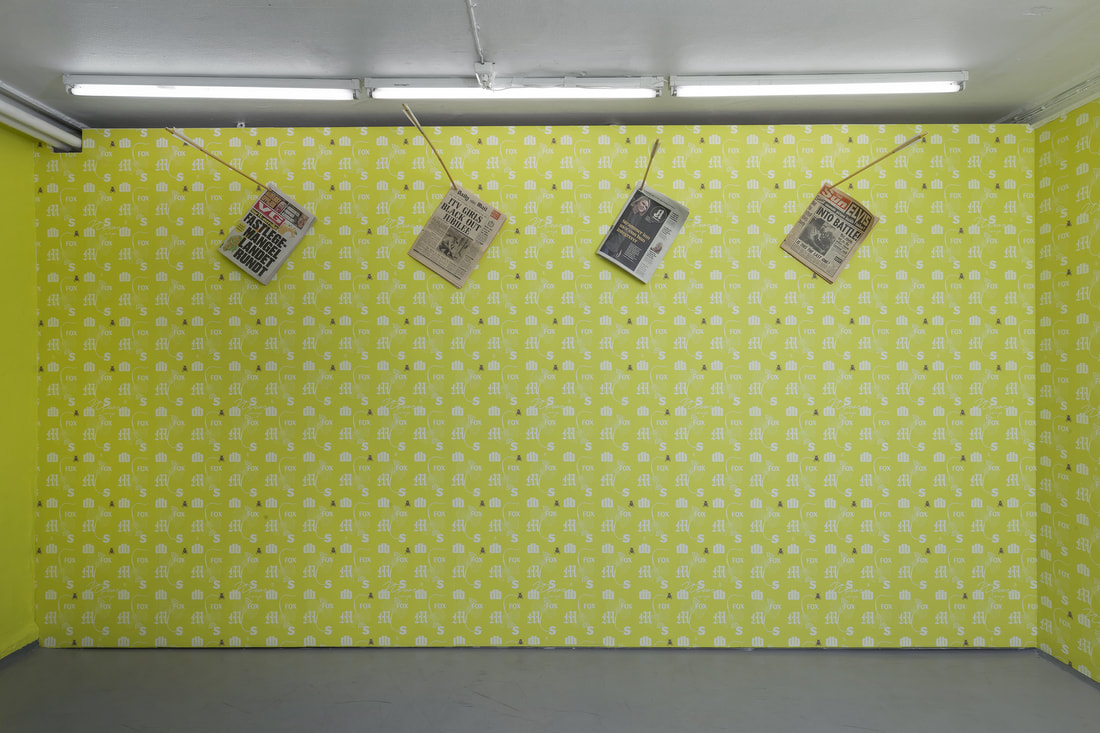